A Message From the President & CEO: February 2021

HVAF receives 700 hygiene kits thanks to CNO & Clean the World 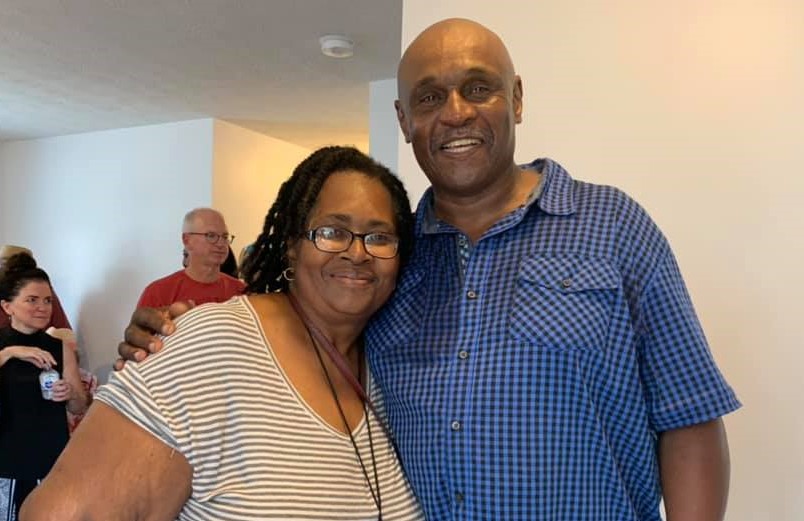 We have been thankful to have Elayne on our team since 2008! She has spent 13 years serving Indianapolis’ homeless and at-risk veterans.

As Peer Mentor, Elayne said she is honored to help the veterans and the very basic level of need. She enjoys talking to them about any and all subjects.

“I’m so happy to be part of this team which strives so diligently to meet the need of Indiana veterans,” Elayne said. “I find it extremely rewarding to see our veterans restore there lives and become successful in whatever they choose to do.”

One veteran in particular she served is Army veteran Whitney. Elayne met Whitney (pictured together above) when she served HVAF as the full time cook for the REST program years ago.  REST – Residential Employment Substance Abuse Treatment – served as a program for veterans overcoming addiction. Whitney completed the program 6.5 years ago, and still remains friends with Elayne. In July 2019, Whitney became a homeowner through Habitat for Humanity.

At the opening ceremony, Elayne had a few words to share with everyone.

“Whitney, I don’t know if God placed you (at HVAF) to help you or if He placed you there to help me,” Elayne said. “And I think it was to help me.

One reason Elayne has such a passion for veterans is because of her father: Lt. j.g. Graham Edward Martin. Her father was one of the first African Americans who became an officer in the United States Navy. He even helped desegregate the Navy – as part of the “Golden Thirteen.”

“He was a very modest person and never wanted attention for himself, but my father always fought for justice for all people,” Elayne said.

Because of growing up in Indianapolis, and everything he did for racial justice in the military, Indianapolis Parks and Recreation Department dedicated a park to him in 2011.  The park – dedicated in 2011 – is located off of 16th Street and Fall Creek Parkway in Indianapolis. To read more about the park dedication, check out HVAF’s original blog post on it here.

Elayne said she is so proud of everything her father achieved.

“I’m a daddy’s girl and I strive daily to follow the path he blazed for me,” Elayne said.