“It’s a rewarding experience” Why Autumn serves her fellow veterans 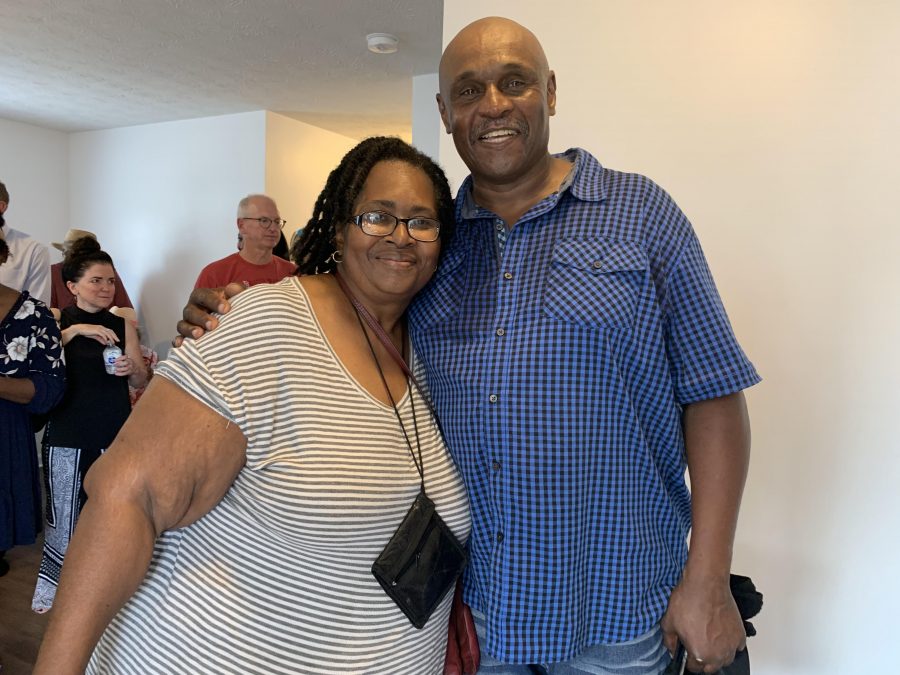 Army veteran and former homeless vet Whitney Hamilton found July to be a monumental month. At age 63, he became a first-time homeowner! But this was not an easy journey for Whitney.

When the addiction began

“About 1985 … when the cocaine era was peaking and I tried it, and I liked it, and I got addicted to it,” Whitney said. “One thing lead to another … I wound up sleeping in my car in the (work) parking lot. I kept seeing I could handle this.”

He said he ended up spending years in and out of rehabs, ruined relationships with his son and family, and lived a lot of years as a homeless vet.

In 2014, Whitney reached his breaking point and decided to quit using drugs forever.

“Finally, I really hit rock bottom. I just got tired of living that life,” Whitney said. “I’d get up for a while, then I’d go back down again.”

He called HVAF, as he knew they serve homeless vets, in July 2014. Unlike the usual answer he gets from recovery centers about not having an open bed for 30 days– they told him they had a bed ready for him that same day.

“I was kind of excited. I felt in my spirit that this was going to be it. So I came to HVAF and the REST Program and I decided that whatever they told me I had to do, I was gonna do,” Whitney said. “I knew the lingo, I could fool you. But I wasn’t trying to do that this time. So I went through the program, and did 8 months there.”

Now, Whitney is celebrating five years of sobriety, is reunited with his son and grandchildren, and has a new place to call his home. 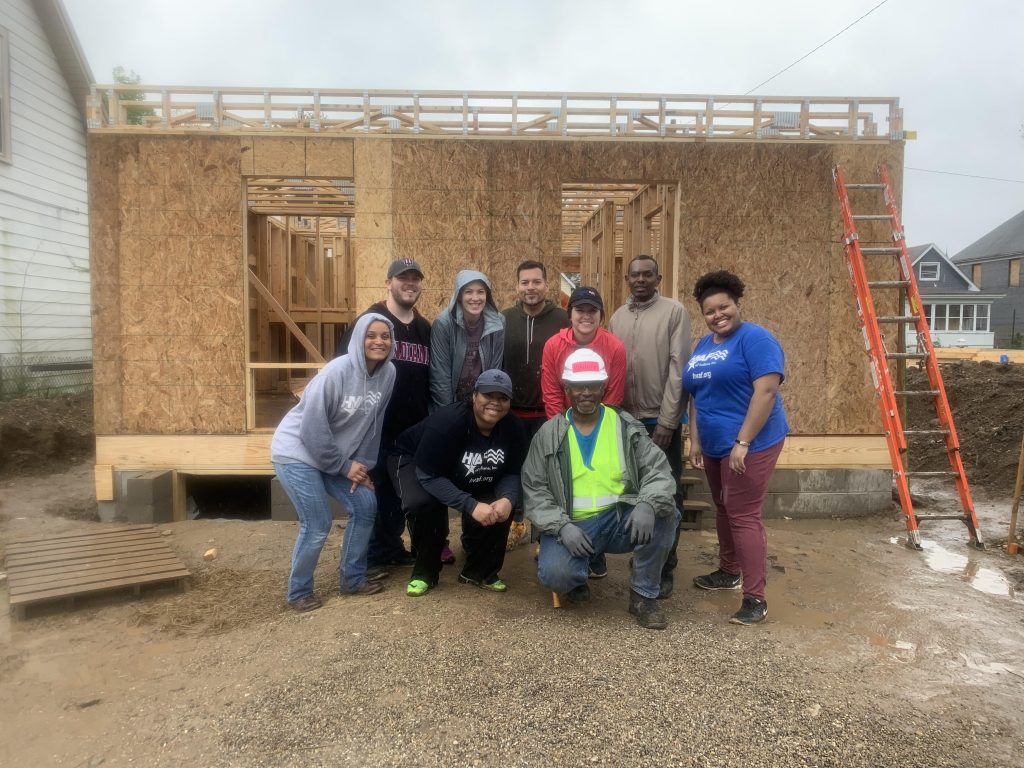 About a year and a half ago, Habitat for Humanity initially reached out to Whitney about building a home. Habitat helps build homes for those in the community – including homeless vets.

“I didn’t know if I was ready for something like that, not at my age,” Whitney said. “I couldn’t believe it.”

Being a Habitat participant, Whitney had to work 300 sweat equity hours– including help build his house.

Habitat for Humanity’s Construction Superintendent Chase Yanzer has worked with the organization for a year and a half, and helped Whitney build his new home.

He said the process began with Chase and Whitney meeting at the lot and talking everything through. Then, they spent many days– including weekends– to build the house, along with lots of help from volunteers.

“My job is to work with the homeowner through the process, and work with the volunteers who are actually building the house,” Chase said. “Each step along the way, we get one thing done and then 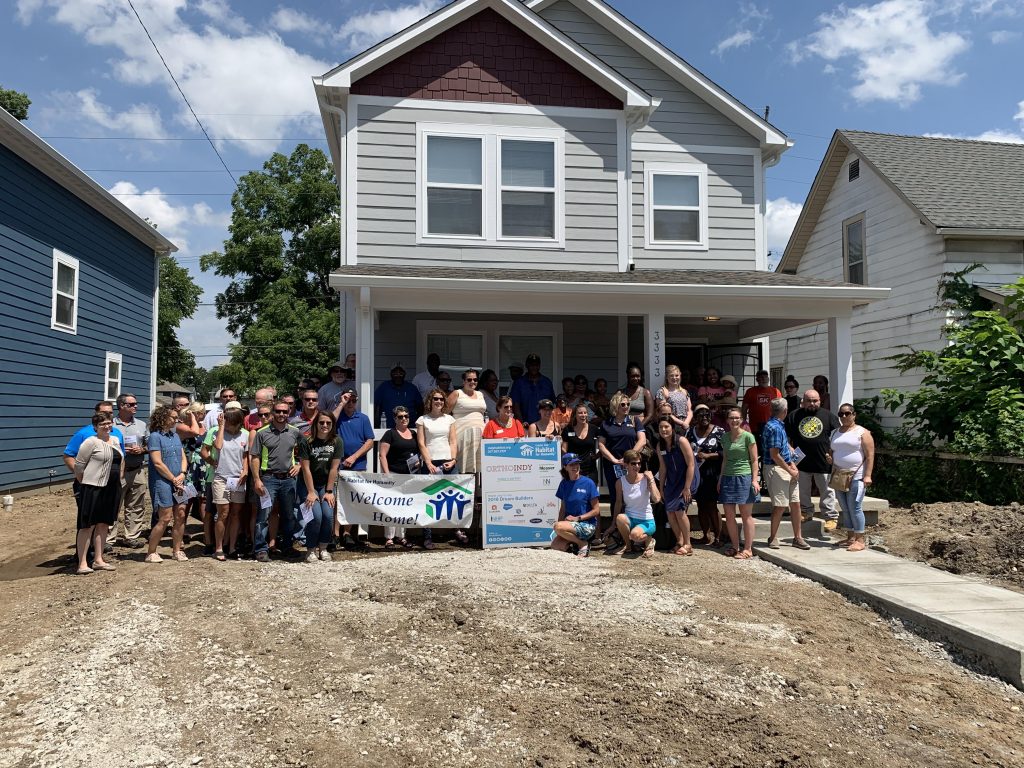 Habitat held a special dedication ceremony when Whitney’s home was complete. They said they have never seen so many people come out to a ceremony before!

we get the next thing done and then in about 3 months time, stand here and we have this. So it’s a unique process but it’s something that’s pretty cool to be a part of.”

Chase said he really enjoyed working with Whitney these past several months.

“Whitney is full of joy, and Whitney is full of wisdom and for those people who know him they know that he’s not shy about sharing either of those things, which is great,” Chase said. “I just feel blessed to have gotten to know him a little bit and be a small part of his journey.”

Now living in his new home for a few weeks, Whitney can’t believe he is finally a homeowner. He is happy he no longer has to worry about becoming a homeless vet again.

“I still pinch myself sometimes!” Whitney said. “It’s real. And I’m real thankful and grateful for Habitat, HVAF, and Back on My Feet. It took all of that incorporated into my life to get me to where I’m at today.”