IUPUI graduate students Adriene Tynes and Erin Braun visited HVAF of Indiana, Inc. on a cold evening that left them thinking about veterans without coats, gloves or sweaters. They then learned  that up to 500 homeless military veterans were living on the streets of Indianapolis, they decided they had to do something. In 2011, they held their first food and clothing drive, titled “Meat & Heat Drive” under the auspices of the IUPUI Public Affairs Student Association, netted 750 items. 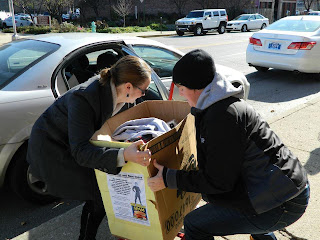 They wanted to do more in 2012 and set forth with a lofty goal. Find out how the two made a big difference in the lives of homeless veterans at HVAF. Read the full story here: http://inside.iu.edu/editors-picks/campus-life/2012-12-12-campus-life-homeless-vets-iupui.shtml# 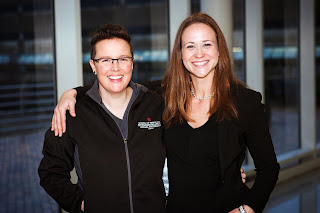