Robert J: It's never too late to ask for help! | HVAF

A Message From the President & CEO: February 2021

Robert J: It’s never too late to ask for help! 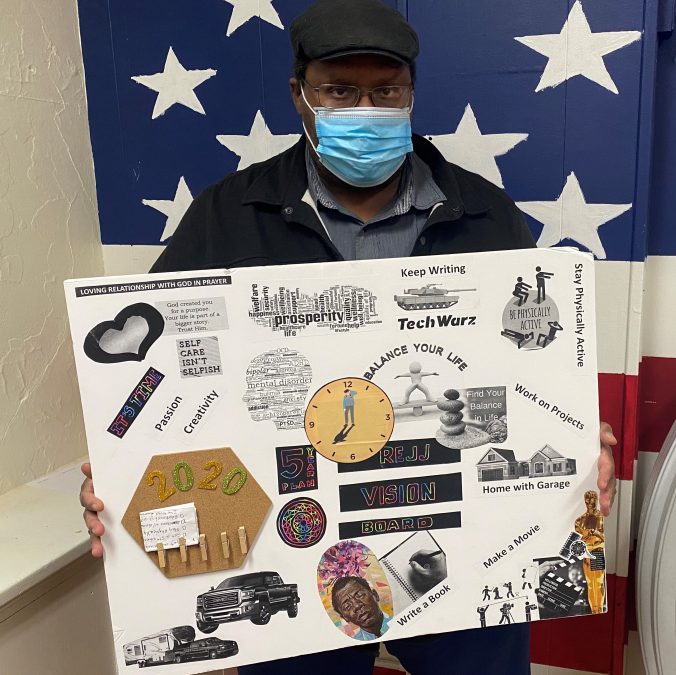 In 1977, Robert J. graduated from high school in Indianapolis and immediately enlisted in the U.S. Army. When he left for basic training in June, it was his first time leaving the state.

“That was the best moment of my life,” Robert said. “It changed me from the little shy kid that I was. My sergeants helped me learn to speak up. And they helped me learn to take pride in myself, and dig deep to find a desire that I didn’t know how to find myself. I will always give them credit for that.”

He mentioned that while serving in the military in the 1970’s, he experienced profiling as an African American. During his time in the military, he said white soldiers were favored over colored soldiers, and the sergeants were segregated.

“There were some moments where you were targeted as being a young African American,” Robert said. “But I live by a mantra – too hard headed to quit.”

He said that mantra helped him overcome the years of racism and discrimination he experienced.

On the outside – life after the military seemed great for Robert. He ran his own video production company, and taught classes at the local college. He even got married and had children. But on the inside – he really struggled and he didn’t understand why. He spent years sweeping his problems under the rug.

“I did wind up with some mental health issues that no one wanted to talk about,” Robert said.

At age 14, he said he attempted suicide twice. He said no one around him would address it. It wasn’t until recently that he recognized that he couldn’t hide it anymore. He knew he couldn’t deal with it all alone and needed to ask for help.

Last year, he ran into an old friend while he was at the VA. After reconnecting, she told him how she lives at HVAF’s Manchester Apartments. These are one of HVAF’s transitional housing units for veterans to live in while they are getting back on their feet.

He said when she explained the location, he knew exactly where she lived. Every time he drove by, the design reminded him fondly of his time in Germany when he served in the Army.

“Every time I looked at it, I started flashing back to when I was in Germany for almost 2.5 years,” Robert said. “And when she explained it – I told her, ‘you mean to tell me that German-designed building is where you live??’”

He decided to go on HVAF’s website and fill out the form for help. The very next day, he received a phone call. Later that week – he received the keys to one of our transitional units!

Fast forward to one year later, Robert is now a resident at Manchester. He receives intensive case management to overcome his barriers, while also working part time at the VA.

Robert is also receiving help with his mental health at the VA Hospital – where he takes multiple therapy classes. And his daughter takes time to be there for him, as she visits him regularly and helps him with his medicine.

He was also one of the first participants in HVAF’s art therapy group.  One of HVAF’s case managers – Jaulane – started art therapy classes in spring 2020 to help the veterans with their mental health. Her goal is to help veterans process their feelings and emotions, and an opportunity for them to occupy their minds in a healthier way. One of the projects included creating a vision board. On Robert’s vision board, you can find plans to make a movie, write a book, and buy a truck.

“I’m very thankful for these therapy classes,” Robert said. “Each one is helping me to find me.”

In addition to art therapy and housing, Robert has also enjoyed our food pantry, as well as Thanksgiving meals and Christmas presents.

Now living at Manchester for almost one year, Robert said he cannot believe how much HVAF has given him since moving in.

“HVAF is taking care of everything I need so I can take time to focus on what’s going on up here,” Robert said, as he pointed to his head. “I could not have asked for anything more than what HVAF has provided for me since I’ve been here.”

Check out Robert’s pieces from his art therapy classes: 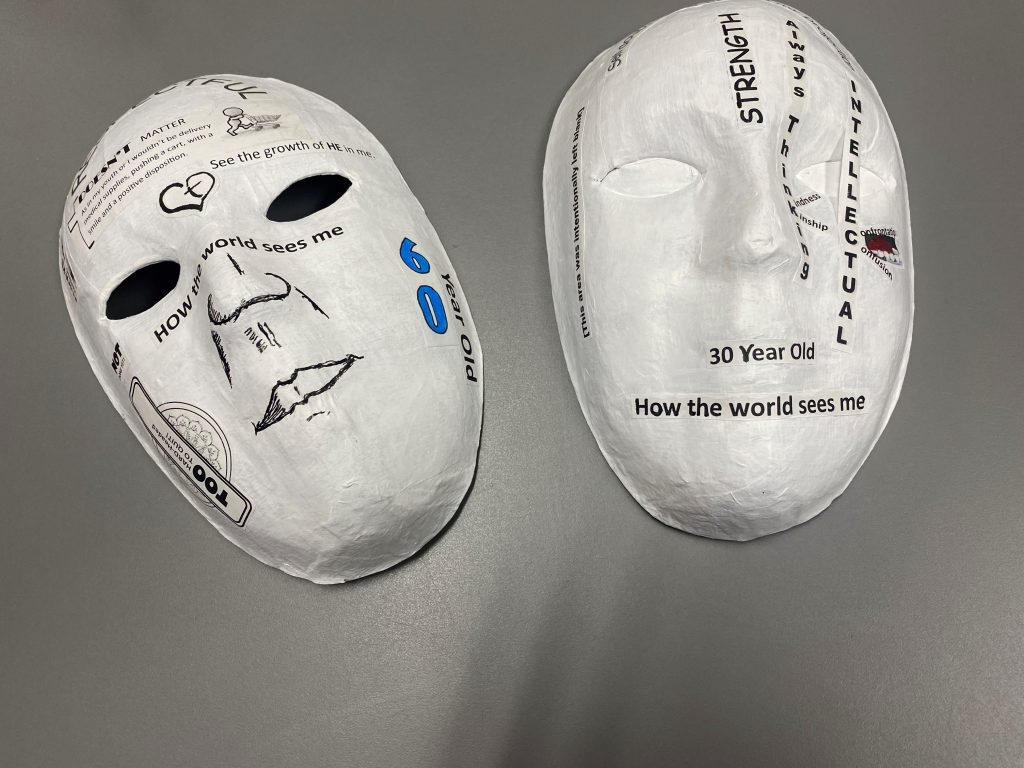 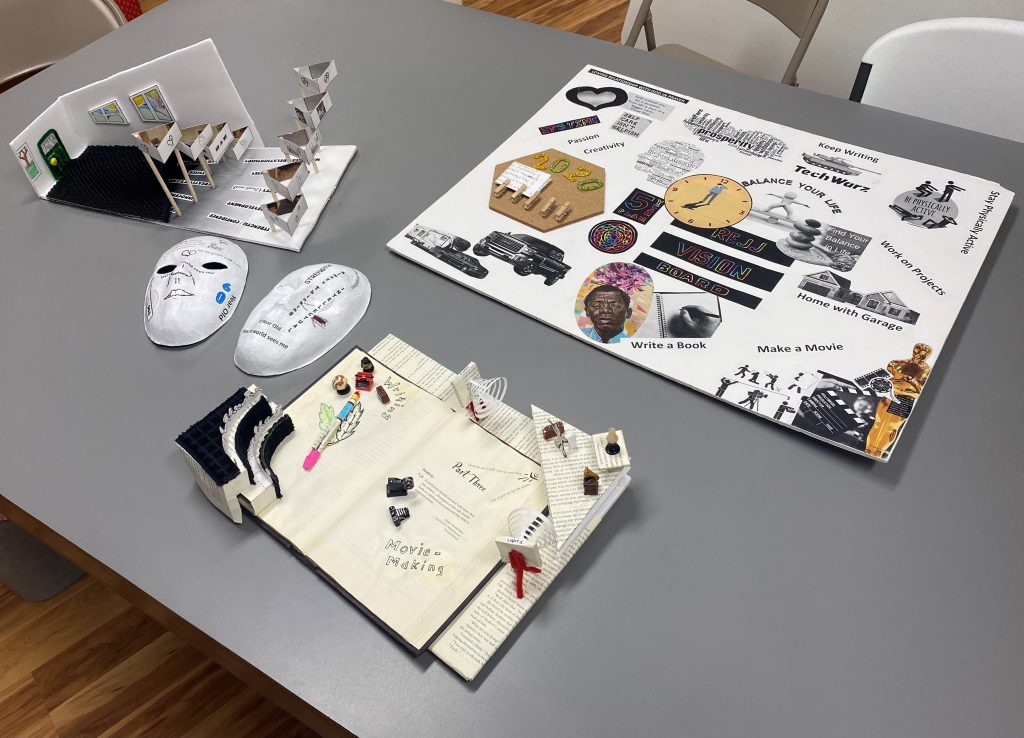 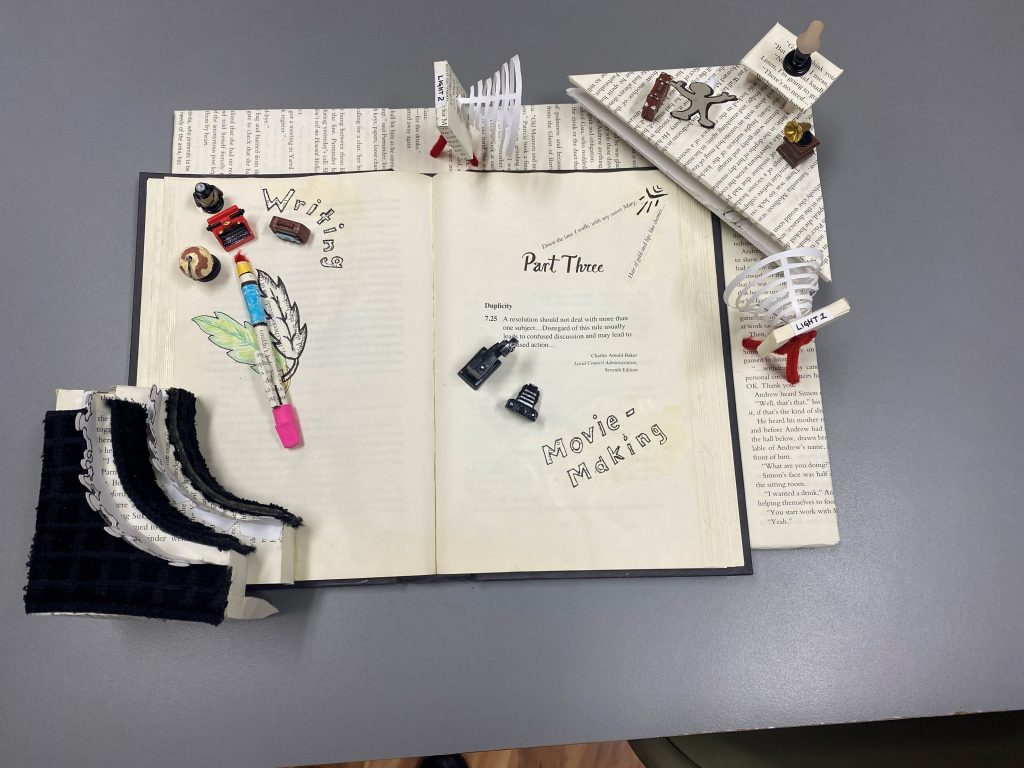