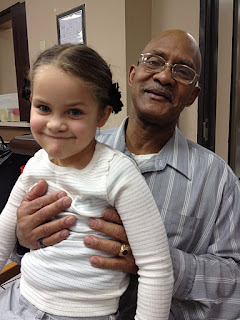 A father to 6-year-old daughter Lakin, Ralph M. came to HVAF near homeless, separated from his family, and determined to recover from addiction and one day gain full-custody of his daughter.

Ralph served in the U.S. Air Force as a Security Police Training Officer for just 84 days before suffering from kidney complications while in basic training. He was given an honorable medical discharge. In May of 2010, while picking flowers with his daughter, Ralph got into a dispute with a man.

“Child Services took my daughter away from me as a result of the dispute,” says Ralph. “It was devastating and one of the worse days of my life. I had a cocaine addiction and also turned to alcohol, and when this happened I insulated myself even further.”

Ralph knew he had to change his life around in order to one day gain full-custody of his daughter again, who was temporarily living with his oldest son. Ralph checked into a nearby hospital and it was there that someone recommended he turn to HVAF of Indiana, Inc. and its Residential, Employment, Substance Abuse, Treatment program, known as REST, for help. 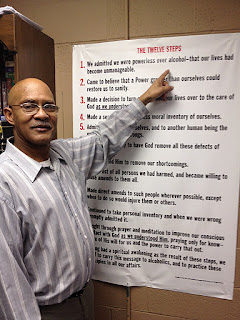 “I quit drinking on October 12, 2010, and then entered HVAF’s recovery program,” says Ralph. “I needed this to change my life around. I worked hard in the REST program and graduated from the program 14 months later on December 7, 2011. It was one of the best days of my life.”

Ralph’s life continued to get better. On February 2, 2012, after a lengthy court battle, Ralph was granted full-custody of his daughter. Ralph’s face lights up when he talks about his daughter and daughter is equally excited.

“My daddy has worked really hard to get me back,” says Lakin.

“I am overjoyed,” says Ralph, “I love this little girl and I want to see her graduate from high school one day. I can’t do that drinking and doing the things I once did. The REST program has changed me. I now have my own apartment and job, and am a father to my daughter. I want to be a good example for her, and I will be clean and sober.”

Amanda Ellingwood, an HVAF case manager, worked with Ralph to achieve his goals and help him become self-sufficient.

“I am so proud of Ralph,” says Amanda Ellingwood, who was at the court hearing to support Ralph along with 7 other REST clients. “He was granted reunification with his daughter after 21 months. It’s a great day for him and an example that the REST program helps veterans. Ralph has obtained employment, graduated from the REST program and has maintained sobriety. We are very proud of Ralph.”