Message from the CEO: HVAF serves ALL veterans - including the National Guard | HVAF

Message from the CEO: HVAF serves ALL veterans – including the National Guard 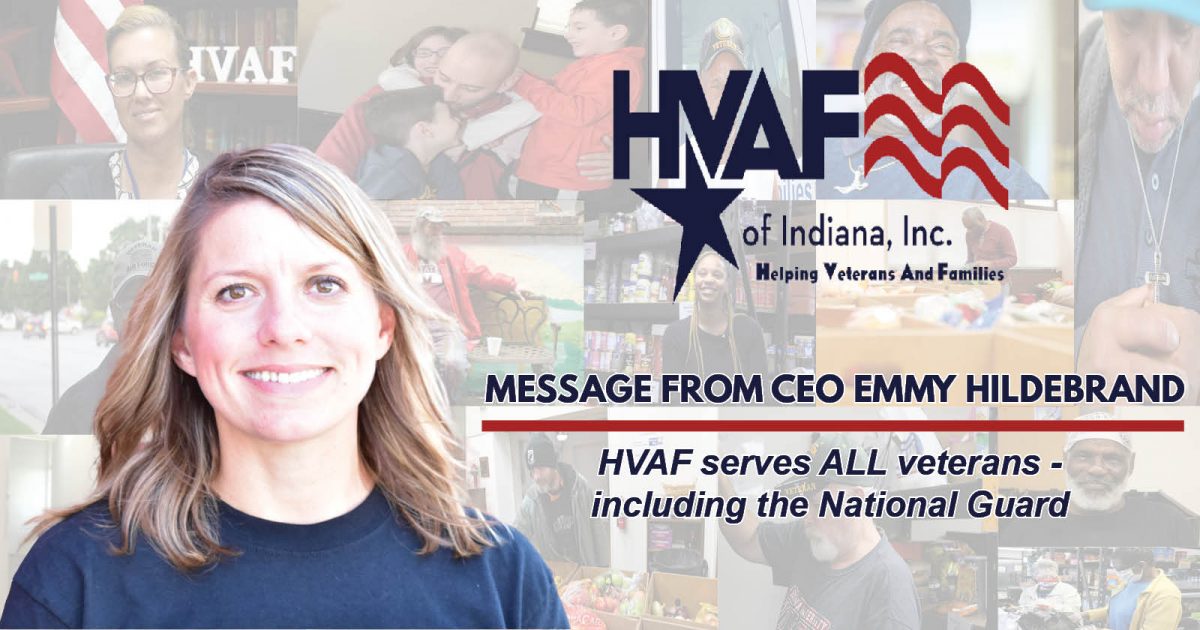 Did you know that Indiana is home to over 14,000 Indiana National Guard members, as well as thousands of other reservists? Dating back to the Civil War, Hoosiers have always answered the call of duty, serving selflessly in our nation’s military—and that continues today! Since September 11, 2001, we have seen members of the Indiana National Guard and reservists throughout our state deployed (many several times) in support of military operations around the globe, including in Iraq and Afghanistan.

I wanted to share a little more about what makes the mission of Guard and Reserve forces so unique. In addition to combat deployments, the men and women of the Guard and Reserve are prepared to serve at home. These men and woman are counted on to respond to natural and man-made disasters, often with little notice and at great personal sacrifice. 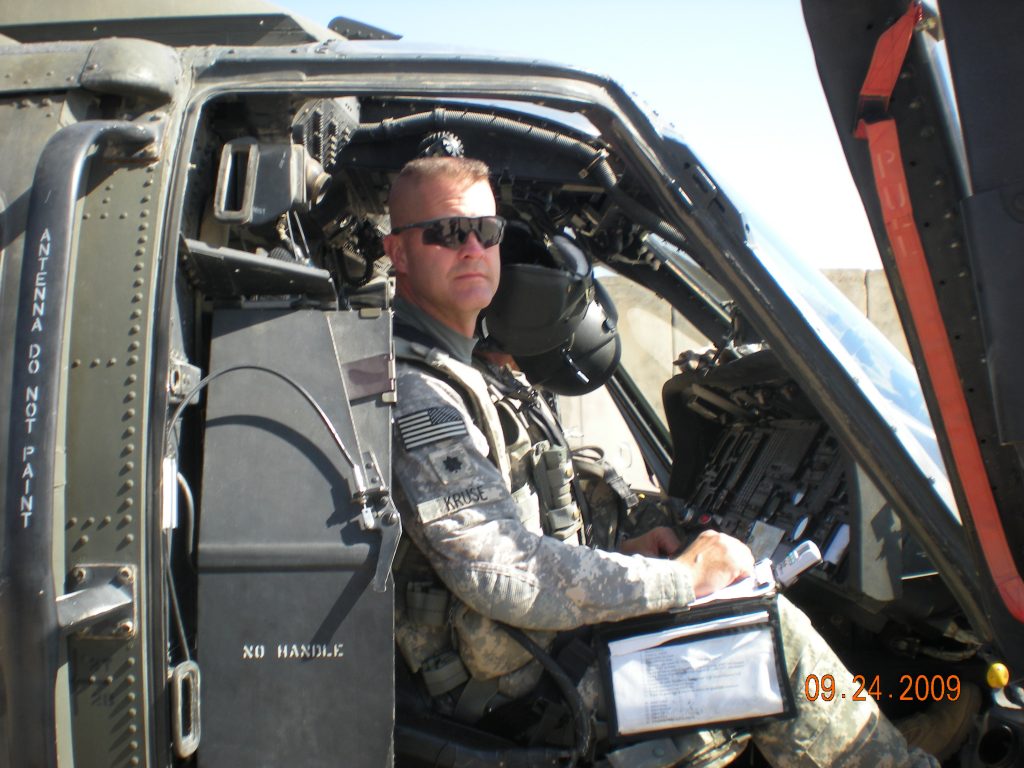 Bernie Kruse, HVAF’s Vice President of Support, retired from the Indiana National Guard in 2014 after 32 years of service. He was one of 10,000 soldiers activated in response to Hurricane Katrina in 2005. Hurricane Katrina hit the southern gulf coast in August 2015 as a Category 5 hurricane, causing over 1,800 deaths and $125 billion in damage. Bernie was the Operations Officer for the Headquarters Division that supervised all 10,000 guardsmen and women that responded.

With less than 48 hours’ notice, Bernie was sent to Mississippi to help coordinate search and rescue operations, as well as assist with providing fresh water, food, and shelter for those impacted by the hurricane.

“It was an honor to help my fellow Americans,” Bernie said. “We made a big difference.” 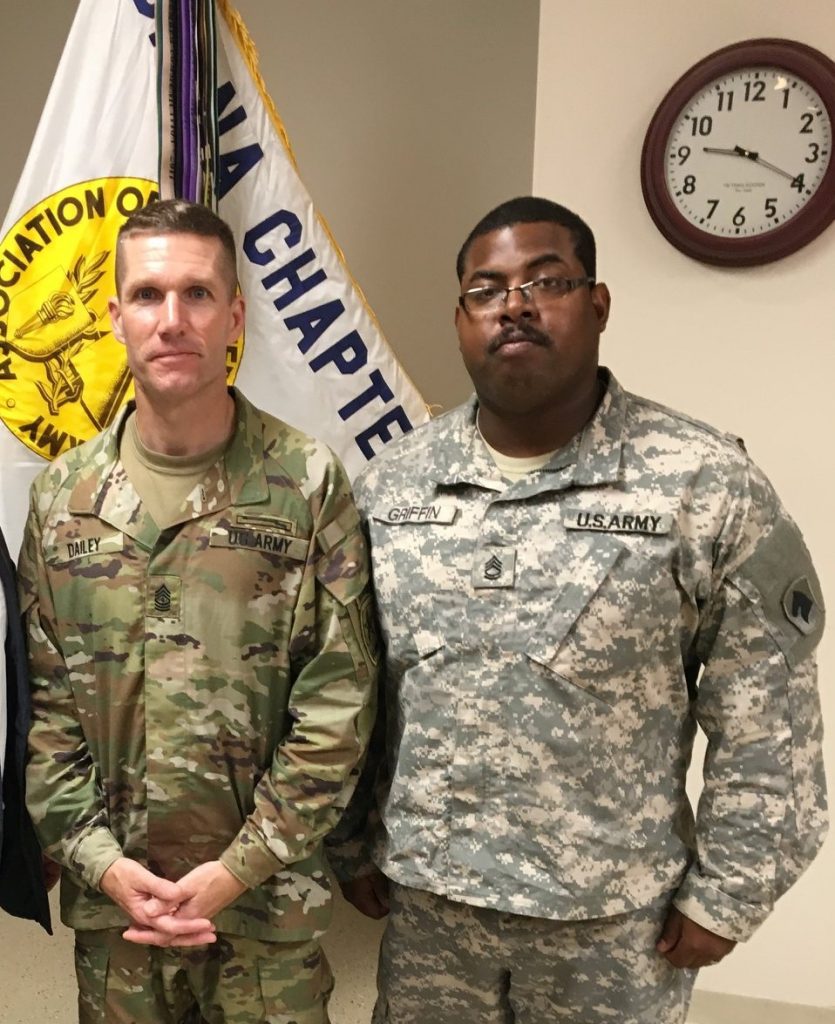 Jon Griffin (right), one of HVAF’s Housing Specialists, has served in the Indiana National Guard for 20 years.

As the Non-Commissioned Officer in Charge, Jonathan supervised 100 soldiers that worked to stabilize overrun and exhausted hospital and long-term care centers, as well as set up testing and vaccine sites around the state. Jon is most proud to know that they, “saved a lot of lives,” throughout the state, but he is especially proud that they provided lifesaving services in underserved communities.

According to the Indiana National Guard Year in Review 2021, more than 1,300 guardsmen and women worked at 534 long-term care facilities and 14 hospitals.  Additionally, they supported testing and vaccine clinics throughout the state.  Lastly, they helped distribute over 51 million meals to Hoosiers and personal protective equipment to schools and hospitals.

I think we can all agree the State Active-Duty missions performed by the Indiana National Guard are critical, especially during times of crisis. The sad part is, even though these men and women serve without hesitation, they are not considered veterans by the Department of Veterans Affairs. Practically speaking, this means if one of these men and women face homelessness—the funding set aside to care for veterans will not provide any assistance to end their housing crisis.

In fact, Jon shared during his nearly 2-year activation for COVID response, two soldiers on his team experienced homelessness. Neither soldier met the criteria to qualify for assistance through the Department of Veterans Affairs.

At HVAF, we have intentionally added programs designed specifically to serve guardsmen and women, military reservists, and other veterans who do not qualify for veterans’ benefits. Through the Emergency Solutions Grant, we have housed 289 veterans in the last four years who otherwise would not have received the assistance they deserve as veterans. It is imperative these funding options remain an opportunity to intervene when those who serve our country face homelessness.

We believe no hero should be homeless, including those who serve our state and nation at home.

YOU can make a difference for ALL Hoosier veterans by supporting HVAF today!