Message from the CEO: HVAF serves ALL veterans – including the National Guard

Engaging with Andrea: A Summer Celebration 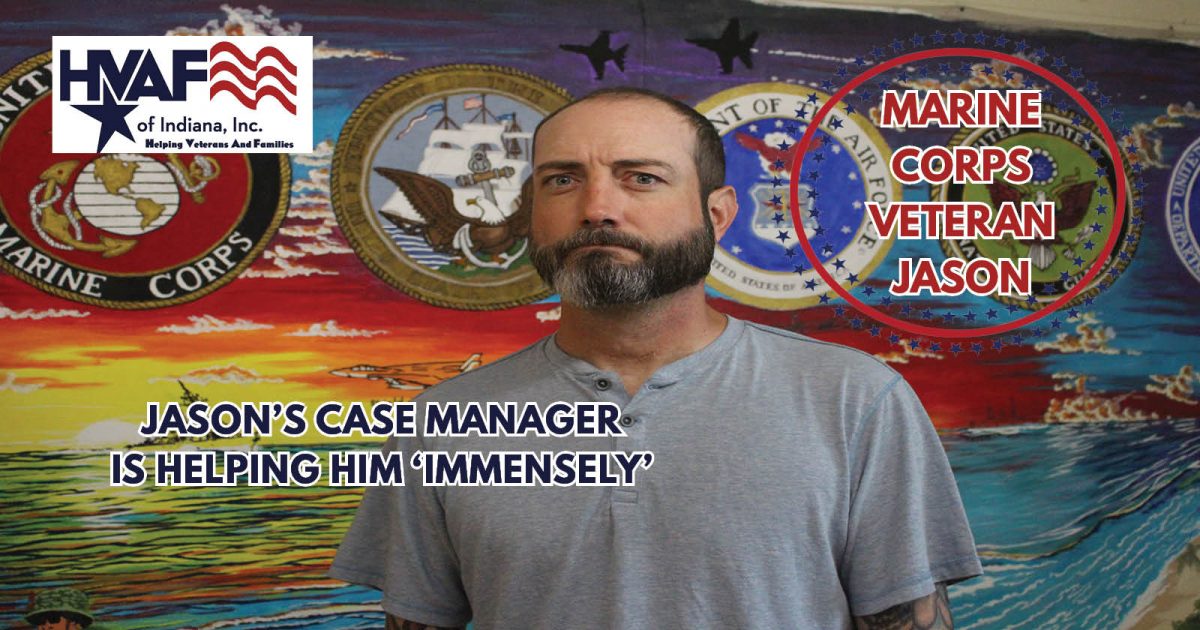 “I was homeless on the street,” Jason said. “I needed some help.”

When he heard about HVAF through word of mouth, he decided to reach out.

Thankfully, HVAF’s Property Manager, Will, had an opening unit at our Permanent Supportive Housing: Veterans Villa. Jason said he has enjoyed living at Vets Villa and is especially thankful for his case manager, April.

April said she has worked on connecting him to the services that best suit him – including finding opportunities to serve in the building for his fellow residents.

“Jason runs our front desk now on a semi-regular basis and becoming more engaged in our community through offering his services,” April said. “We enjoy his company and appreciate his contributions.”

Also, Jason has been working with HVAF’s Employment Team and they are currently connecting him to a career.

You can ensure Central Indiana’s homeless and at-risk veterans get connected to HVAF’s services by making a financial gift today!