"Make HVAF one of your stops!" -JaMarlon to his fellow vets | HVAF

“Make HVAF one of your stops!” -JaMarlon to his fellow vets 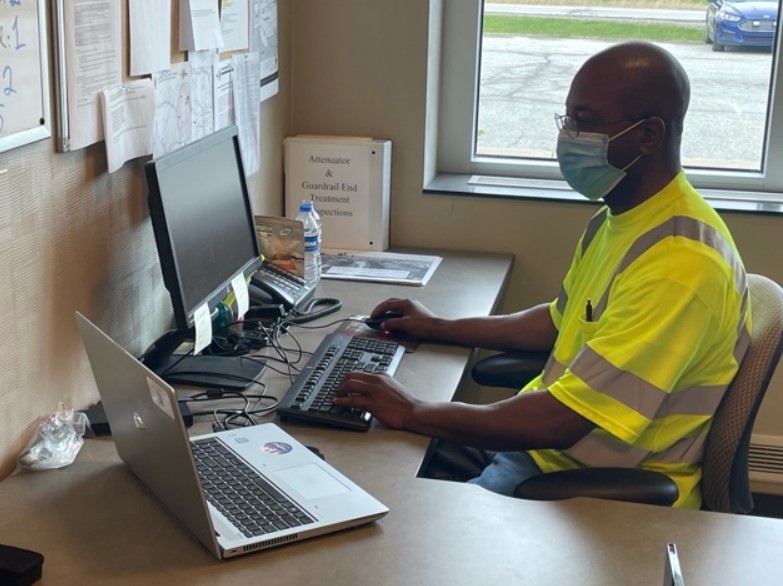 In the beginning of 2020, Army National Guard veteran JaMarlon found himself starting his life over.

After being incarcerated for all of 2019, he needed help finding a home and a job. While in jail, he first heard about HVAF as a resource for veterans. Although he was doubtful about the organization, he decided to come and just see if he could receive any help.

After coming to HVAF, not only was he happy about receiving essential items such as food and clothing – he was so thankful for the people that he met. His Employment Specialist, Kristin, and his Housing Case Manager, Raven, changed his life.

“They were extremely helpful for me, and patient, VERY patient with me,” JaMarlon said. “I think because of them, it really changed the trajectory of my life. I don’t want to get teary eyed!”

Within three months, Kristin helped JaMarlon get employed with INDOT and Raven set him up with his own home!

“Raven told me, ‘All you have to do is find a place. And we will pay the expenses,’” JaMarlon said. “And that was just an amazing blessing.”

Today, Case Manager Paul still checks in with JaMarlon from time to time and helps whenever necessary.

“It’s good to have that relationship and step in and help whenever he needs assistance with something,” Paul said. “But he’s a really good dude. It’s always really good to talk with him.” 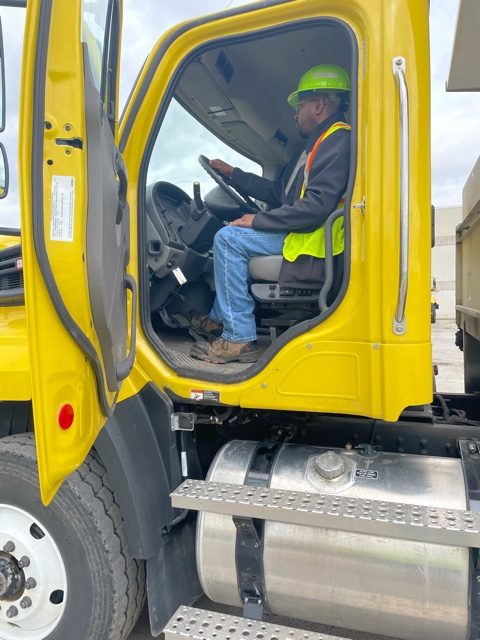 After working for INDOT for less than one year, JaMarlon has already received a promotion!

After working for INDOT for less than one year, JaMarlon has already received a promotion! Kristin said she knew he would get promoted because “he’s incredible.”

When he first started at INDOT, he needed thermals, socks, and boots to start working. While he couldn’t afford it, Kristin made sure we provided all of that for him for free!

“I felt his discomfort but I knew he was passionate about getting the work done. We started at the absolute very beginning of where we needed to and went step by step,” Kristin said. “We grew together and built trust with each other … I wanted to be a cheerleader and a coach because he had all of the skills needed, it was just that little push forward to get him to the next spot.”

JaMarlon said sometimes he would call Kristin just so he could get some things off of his chest. She served as a therapist to him sometimes and helped him get through his “depression points.”

“She was never NOT available and that made all the difference,” JaMarlon said. ““I couldn’t have done this without her. It’s been a blessing to have met her.”

When JaMarlon shared his story with HVAF, he had tears in his eyes. As Kristin watched him share, she felt tears as well.

“I think that you really don’t realize the impact that you have on people’s lives at the time when you’re working with them. And they may not be able to express that,” Kristin said. “We really just have to understand that everyone’s journey is different and we’re not here to judge we’re here to help them get to the next point.

“And I think that’s really all it took to help JaMarlon along in his journey. I didn’t judge him for one mistake that he made. We really put our heads together and made a plan and made it work. That’s what we do every day so to hear someone come back and tell it is incredible.”

Last year, Kristin and the Employment Team employed 140 veterans! We know they cannot do this without your support. If you would like to help veterans like JaMarlon in their career journey, you can make a donation today!