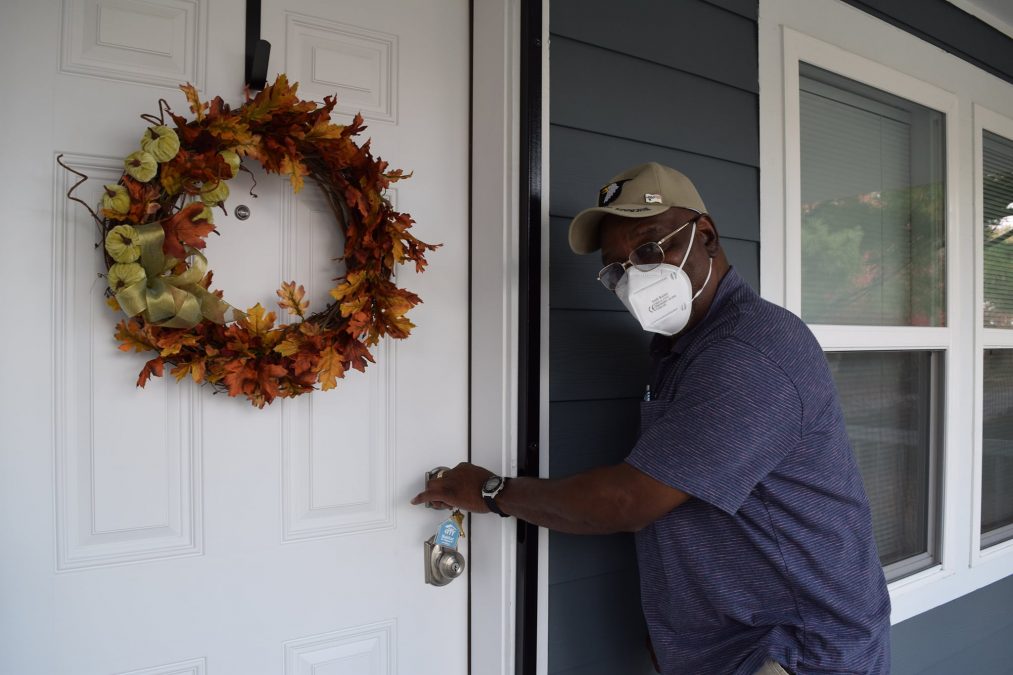 This last October, Army veteran and HVAF employee Fred moved into his first own home. Thanks to Habitat For Humanity, Fred is now a proud homeowner in Indianapolis!

But it hasn’t always been this easy for Fred. Starting at a very young age, Fred became addicted to alcohol and other substances.

After getting out of the military and getting into some trouble with the law, Fred went on to work at General Motors for 15 years. Although he had a career, he still heavily used alcohol and drugs.

“I was in and out of treatments so many times, I had to quit that job,” Fred said, as he explained he didn’t want GM to fire him and have that on his record. “If I hadn’t quit that job, I would probably be dead today. The money was so good and they protect your job in treatments.”

After quitting GM, Fred found himself homeless for five years. During this time, Fred said he formed a relationship with God and grew tired of his addictions. Finally, Fred went to the Veterans Affairs Hospital and went through a recovery program called Pathways. Through the program, he reached sobriety.

One day, a VA representative encouraged Fred to apply for a new job at HVAF: Peer Mentor. That was 15 years ago; Fred is about to head into his 16th year working and giving back to veterans!

“I was blessed and I wanted to help other veterans that were struggling with the same things that I had struggled with,” Fred said. “I’ve seen guys get back up on their feet, and it’s just been a wonderful feeling.”

Last summer, one of the former veterans he worked with – Whitney Hamilton – became a homeowner through Habitat For Humanity. Some staff at HVAF encouraged Fred to apply for his own Habitat House. At first, he felt hesitant to apply, but decided to attend the first meeting anyway. Before he knew it, the construction began!

“I realized that I have run into another place that cares about the individual,” Fred said, as he received lots of support from Habitat for Humanity along the way.

They started Fred’s build on Veterans Day 2019, and due to COVID, the process took a little longer than normal. But now, December 2020, the house is finished and Fred is all moved in.

“I remember (telling myself) ‘Fred, this is what happens when you turn your life around.'”

You can help us ensure that we can continue to help veterans overcome addictions and reach a life of self-sufficiency. Please consider making a year-end, tax-deductible donation today!