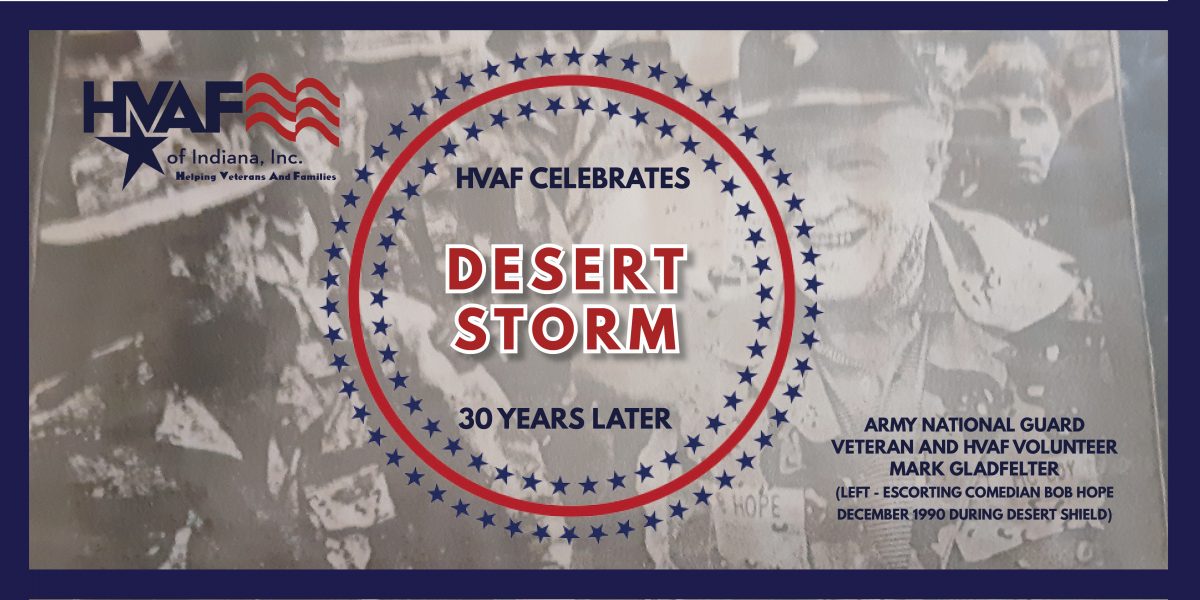 At 23 years old, Mark found himself in trouble with the law. When talking to the judge in court, they agreed he would do well in the military. Soon after, Mark started basic training for the Army National Guard.

On August 1, 1990, Mark worked at Ft. Campbell – ready for his next mission. He had orders to move to Panama.

“I was so excited that night,” Mark said. “And then August 2 – Iraq invades Kuwait. So my orders got torn up.”

On August 29, 25-year-old Mark left for Saudi Arabia with his platoon. For the next six months, he spent time training and working out. There was also a lot of down time, where he and his platoon played euchre and spades together.

“I had a transistor radio and I remember listening to BBC, and heard when the war started,” Mark said. “If you looked off to north and you had night vision goggles on – you could see the explosions.”

The entire time, Mark and his platoon were far away from the actual battle site. Before they could get there, the four-day war was over.

“It ended so fast,” Mark said.

Even though their time was short – thirty years later, Mark still keeps up with his platoon.

“We started a group on Facebook Messenger,” Mark said. “Even if it’s via social media – it’s cool to talk and check up on one another.

Mark went on to serve in the U.S. Army for a total of 23 years – and deployed again in 2002, 2006, and 2008. For a few years in the 1990s, Mark left active duty to attend school. In 1996, when he worked in pest control at the Armory in Danville, Indiana – a recruiter stopped him. He noticed Mark kept his hair very short, so he knew he had to be a veteran. Before he knew it, he found himself back in the Army.

While he enjoyed his time in the military, he said it definitely took a toll on his body. Over the years, Mark has experienced a hernia, dislocated shoulder, and received open heart surgery. The Roudebush Veterans Affairs Medical Center helps him with his PTSD as well.

In 2018, Mark found himself in trouble with the law again. He needed to complete 40 hours of community service and decided to spend his time volunteering at HVAF. He said he knocked those 40 hours out quickly and continues to serve today.

Mark has even received HVAF’s help in the last few years. HVAF’s case managers have helped him with housing, and he goes through the food, clothing, and hygiene pantry when he needs to.

“I don’t like to be on the needs side, but I love being on the volunteer side,” Mark said. “It does my heart good to work with veterans. And that’s why I help them.”