IU frats “Face Off” for our veterans 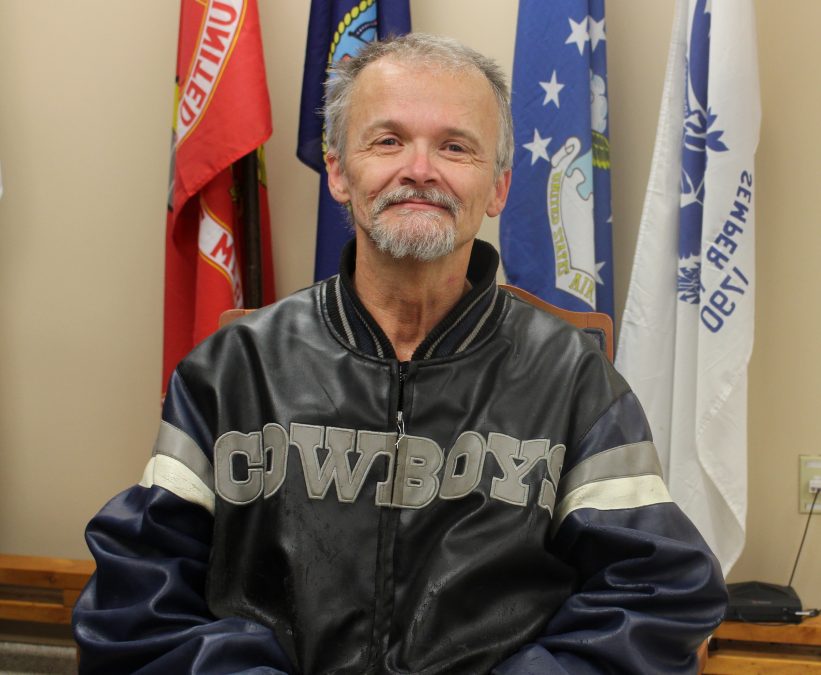 Last September, Army veteran Kevin E. was homeless, as he was living in his vehicle. That same month, his life was changed.

Thankfully, Kevin already knew about HVAF, as he had been an employee of the organization in the early 2000’s. He enrolled in Supportive Services for Veterans and their Families (SSVF) and was assigned to case manager Kiley.

Since he was on disability and worked part time,  Kiley said that helped him to have enough income to get housed easily. She also referred him to HVAF’s housing specialist, William Najera, to expedite the housing search. Eight days after he enrolled in SSVF, he was successfully placed into permanent housing.

Kiley said SSVF provided beds for him and his grandson, as well as paid for the security deposit, first month’s rent, and all of his prior utility arrears to get service in his name. SSVF also referred him to the Mustard Seed for furniture and home goods, and paid for the delivery.

“Not only was Kevin a pleasure to work with, but it was so rewarding to help reunify this veteran with his grandson in a safe, clean environment,” Kiley said. “He was motivated to get into housing and our HVAF team worked quickly to accommodate all of their needs.”

Kiley said she generally serves around 25 to 30 veterans at a time, with roughly 60 percent of those clients unhoused at the initial enrollment in the

program. Since she is a veteran herself, she wanted to work at HVAF to give back to her fellow past service members.

“As a prior Naval Aircrewman, I wanted to work with the veteran community,” Kiley said. “I served active duty for 7 years and have a heart for my fellow Operation Enduring Freedom/Operation Iraqi Freedom veterans, and the homeless men and women left on the street.”

Kevin said HVAF is the best thing to ever happen to a veteran who is in need of assistance.

“I’m glad that HVAF is around to get help,” Kevin said. “I recommend any veteran that needs help to come here because HVAF will do whatever they can to get veterans back on their feet.”