HVAF Celebrating 20 Years & Beyond was a success! 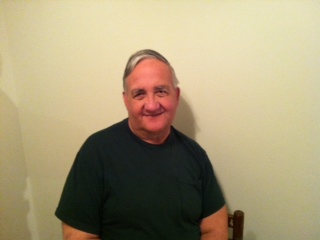 Larry Mink, 60, learned he qualified for HVAF’s Supportive Services for Veteran Families (SSVF) Program in October of 2012. After facing homelessness for nearly five years, HVAF services provided comfort and hope for the future.

Larry is a retired veteran who served in the Marine Corps from 1971 to 1978, before joining the Navy in 1979. Since his retirement in 1991, he found himself in and out of various jobs.

“The longest job I held was for 6 years,” says Larry. “I had a problem holding a job and needed to improve my budgeting skills. When I lost my job I lived off credit cards and when I topped out all my credit cards out I couldn’t afford my mortgage, so I walked away,” says Larry.

While homeless, Larry would travel to hotels where a kind, complimentary breakfast was offered to him.

Larry wanted to change his life around. Once in the HVAF program, he received help with paying a rental deposit as well as his first month payment.

“Larry has come a long way and we are all very proud of him,” says HVAF Case Manager Rachel Brown. “When I first met Larry he was ready to no longer be living in his vehicle and to get into permanent housing,” adds Rachel.

Larry, who has been paying his own rent since November 2012, says his budgeting has dramatically improved. HVAF currently provides Larry with case management.

“Considering what I have been through, my life is heaven now. I don’t have to worry about where I am going to wake up. I’m warm. I hadn’t been warm for five years,” says Larry.

He now lives in a one bedroom apartment on the west side of Indianapolis.