Keith Caldwell: Giving back what HVAF gave him | HVAF

Keith Caldwell: Giving back what HVAF gave him 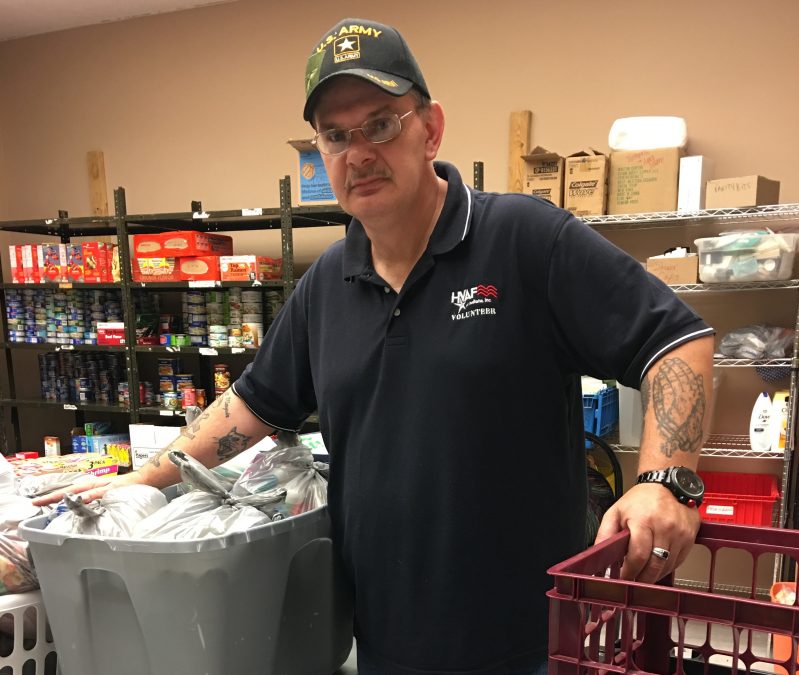 In 2005, Army veteran Keith Caldwell found himself homeless. He was dealing with  addiction and lost everything. Moving from Crawfordsville to Indianapolis, Keith  first went to Wheeler Mission, where he was sent to HVAF to get into one of the transitional supportive houses.

For two years, Keith lived in an HVAF house, and attended school. After working  in Columbus for a little bit, the job didn’t pan out and he moved back into one of  HVAF’s houses. After three months, he moved to Anderson and started using again.

In 2012, Keith attempted suicide twice. After calling HVAF again, he was accepted into REST, a former addiction recovery program that took place at HVAF Headquarters.

“The REST program was good for me because one it was structured, good accountability,” Keith said. “It gave me the tools and the initiative and the desire to do that. It made me mentally stronger than what I had been in a long time.”

Since then, Keith moved into Lincoln Apartments, a complex that serves veterans in the Indianapolis area, and continues to live there today, with never missing a rent payment.

Although he doesn’t currently use our services, Keith is a regular volunteer in our food, clothing and hygiene pantries. Keith comes to HVAF Headquarters several days each week to help, working  mainly in the clothing pantry and answering the phone at the front desk when needed.

Keith said through participating and volunteering at HVAF, it has taught him was success means.

“Success isn’t just money in my pocket or getting high today,” Keith said. “Success is being established, giving back, that’s why I come back here every week.”

If it wasn’t for HVAF’s services, Keith said he might not be alive today. Because of HVAF saving his life, he wants to give back the time that was given to him.

“They gave me hope, they gave me life,” Keith said. “So now I transfer that back to the veterans that come in, seeing the same way I looked in them and try to help steer them in that direction, that there is hope and purpose in life.”