Veteran homelessness in Indianapolis down 35 percent! 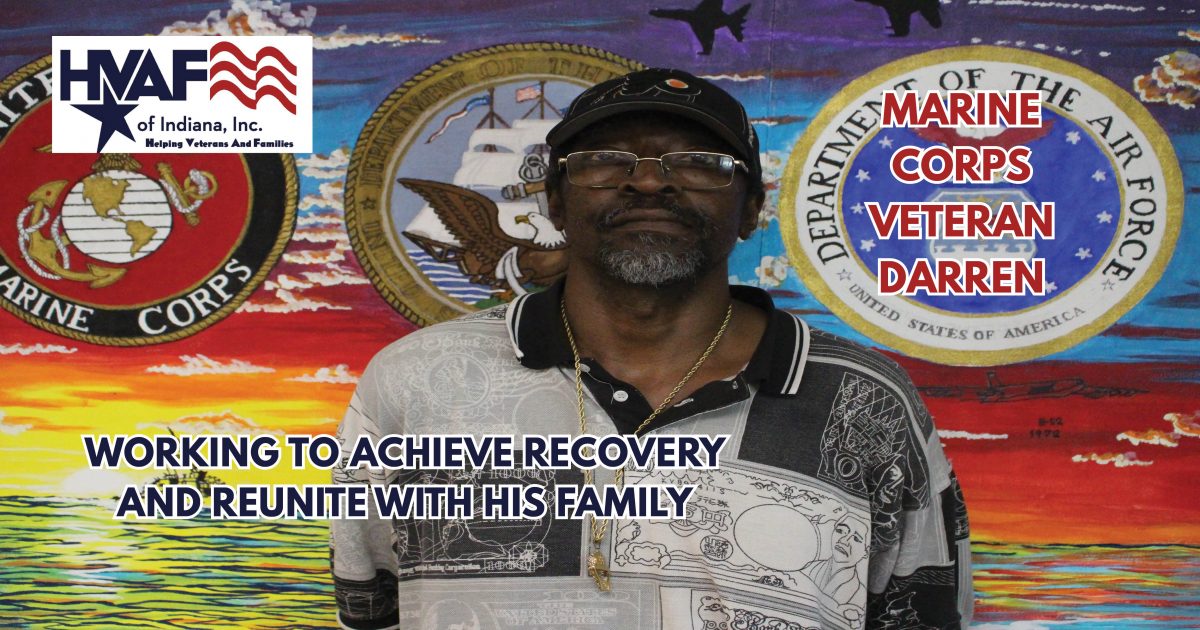 In 2017, when Marine Corps veteran Darren went through a divorce, he had nowhere to go.

“When I found out that veterans can receive help through word of mouth from other veterans, I decided to go check it out,” Darren said. “From that point, HVAF has helped tremendously.”

HVAF’s housing case managers placed him in transitional housing, and he stayed there until he could find a job and move out on his own. After finding employment, he went back to his family. Things didn’t work out the way he hoped, and he needed housing help again.

In 2020, Darren moved into HVAF’s Permanent Supportive Housing apartments: Veterans Villa. He is staying in his own apartment until while receiving treatment for his addictions. He wants to achieve full recovery for his kids.

“He’s had a few setbacks, but he’s gotten back on the horse,” April, Darren’s case manager, said. “Since he’s come to Veterans Villa, he’s started to go to treatment which is good. He’s also gotten really involved with his children and becoming the best dad he can be. So, his trajectory looks very promising for him to be in his own home.”

During his time at Veterans Villa, Darren also helps April in the office. She said she can depend on him to be professional and kind in all the tasks given to him

Darren has loved having April as his case manager.

“She has a heart of gold. To be honest with you, I wouldn’t want to work with anyone else,” Darren said. “I wish when I do transition from this place to somewhere else, hopefully on my own, I can take her with me.”

The next steps for Darren are to gain full-time employment, find a reliable means of transportation, and continue to spend time with his family. While he lives at Veterans Villa, he spends as much time as he can with his children.

“That’s what I want more than anything – is my family.”

Do you want to join us in helping veterans and their families?