HVAF shows its appreciation for volunteers

A visit from a wounded U.S. veteran turned Paralympic champion highlighted our annual recognition luncheon for HVAF volunteers, which is celebrated as a part of National Volunteer Appreciation Month in April.

Navy Lt. Brad Snyder’s final combat deployment took him to Afghanistan, where he defused bombs for a Navy SEAL team. Nearly three years ago, an explosion blasted shrapnel into his face. He remained conscious the whole time as medics struggled to reach him.

Upon returning from war, Snyder relied on veterans organizations and community supporters to recover from his injuries and eventually joined the U.S. Paralympic swim team. He went on to win a gold medal in the 400-meter freestyle.
In his remarks to HVAF volunteers, Snyder emphasized the importance of community in helping veterans meet the unique needs and challenges they face.
At the luncheon, HVAF personally recognized members of its community of supporters, the people described by Snyder as crucial to ensuring veterans find success after their duty to our country is completed.  Among the supporters at the luncheon where representative of Church 52, which cooks and serves dinner each month at the Warman property, home to more than 40 homeless veterans.
“We are so honored to work with HVAF and do what we do,” says Michael Prothero of Church 52. 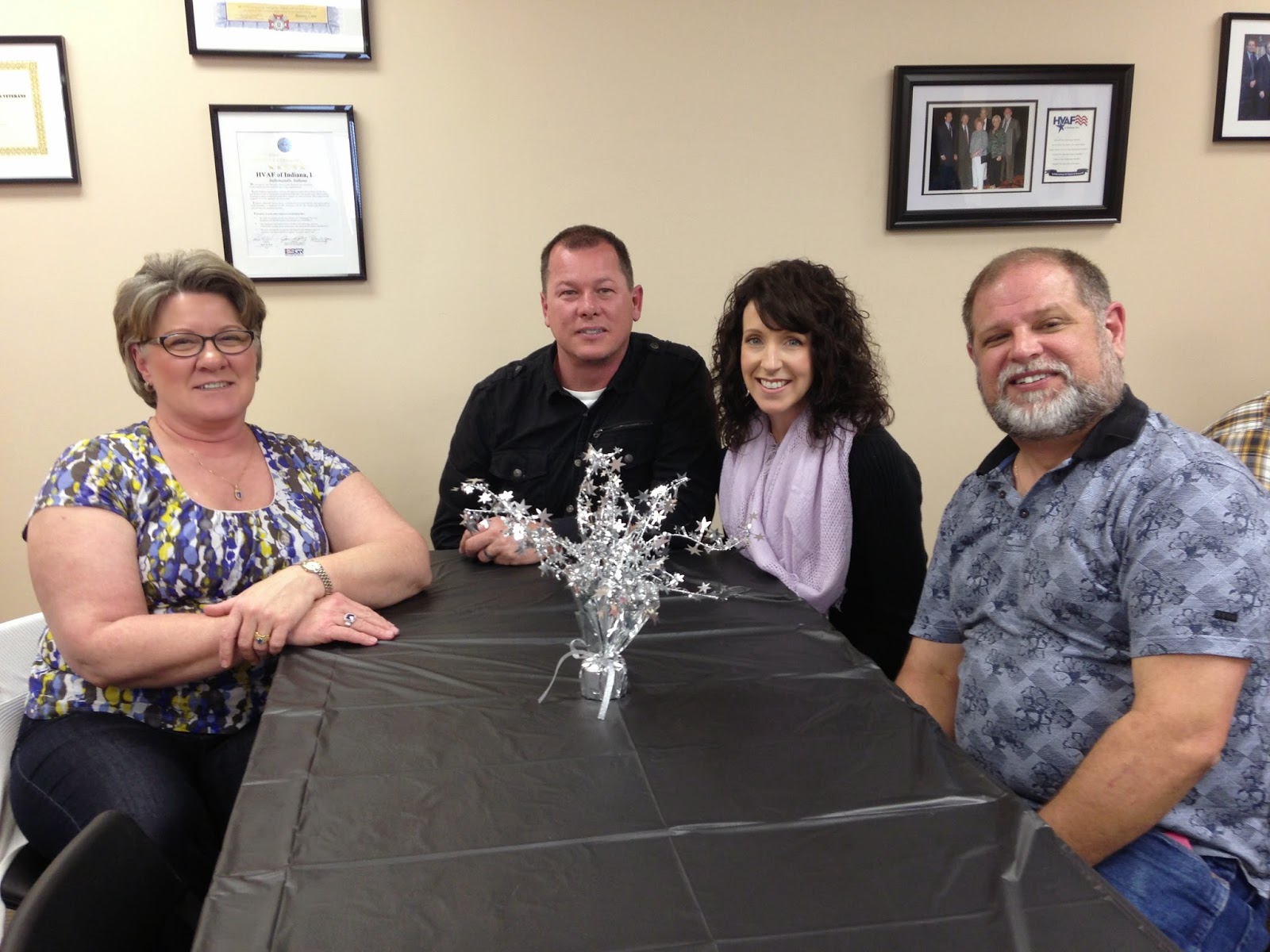 His wife, Vicki adds, “We have been blessed beyond measure and are thankful to be able to give back to veterans.”
Other recognized volunteer efforts from the year passed included a group from the Associated Builders of Contractors (ABC) for its work to rehab the Loyd garage. The Indy Racing League performed a makeover on the Jackson house. A team from Home Depot renovated the kitchen at Keltner House, helped renovate Udell House, and painted all the interior walls at Warman property.
We are so lucky to have so many passionate volunteers that they are too numerous to mention them all, but they all have the most sincere thanks of our veterans. Last year, HVAF volunteers contributed 12,500 volunteer hours, which equates to around $270,000 worth of volunteer labor. What an amazing number!
Special thanks to these groups for making the Volunteer Appreciation luncheon possible: Kincaid’s Meat Market for donating the burgers and dogs, Entenmann’s for donating the buns. Thanks to Phil Anderson and Vice Admiral Terry Cross, USCG (Ret.), from Carmel Rotary for grilling.
Share