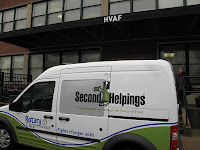 Seconds Helpings arrived at HVAF in a delivery truck bought with a $25,000 grant from the Rotary Club of Indianapolis on Friday, March 2. The group delivered two large pans of tilapia and green beans, the “ceremonial” 6-millionth meal served by Second Helpings.

“We are so thankful for the meals provided to us by Second Helpings,” says Army veteran William K. who came to HVAF last year in need of housing. Veterans at HVAF also receive one-on-one case management, food, clothing and other basic needs.
HVAF has received pre-cooked dinner meals from Seconds Helpings for more than 8 years. It has allowed HVAF to use its resources more efficiently in other areas to better serve the veterans. 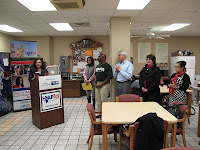 Jennifer Vigran, CEO of Second Helpings, spoke to the group of 22 veterans and HVAF staff about the organization’s partnership with HVAF. Vigran said it was a privilege to support veterans in return for their dedicated service to our country.
“We really appreciate Second Helpings,” says Ron Shelley, chief operating officer at HVAF. “It’s great that they provide a well-balanced meal that includes meat, vegetables and fruit Monday through Friday.” 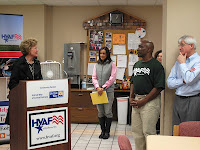 Susie Harmless, executive director of Rotary Club of Indianapolis, expressed her excitement in donating the delivery van to Second Helpings.  “It’s great to be here today and see the delivery truck in use to serve communities in need such as these veterans here today.” 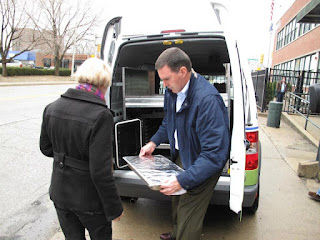 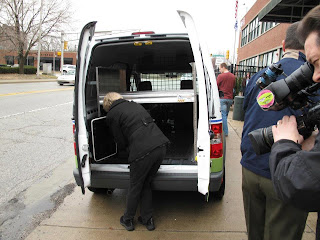 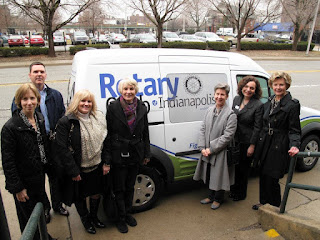