HVAF of Indiana, Inc. veterans and others picture their perfect holiday gift 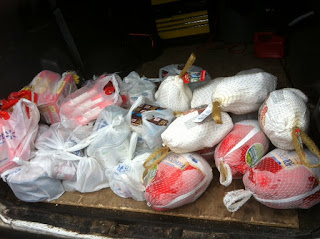 While millions of Americans this week travel near and far to visit family, hundreds of thousands of homeless veterans will be walking into shelters and soup kitchens on Thanksgiving.

One woman wants to make sure each veteran has a warm meal. Each year Louise Loyd, an HVAF of Indiana, Inc. board member, makes a special donation to HVAF allowing for the purchase of enough turkeys and thanksgiving fixings for veterans in all eighteen HVAF transitional housing properties. 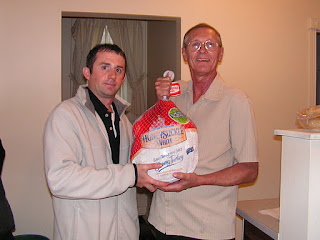 “For me distributing Thanksgiving meals to the different scattered site houses was a very rewarding experience,” says Andree. “As a case manager I expect a lot from the clients, and this was an excellent way of saying thank you for your service and your achievements while in the HVAF program.”

Darrel D., an Army veteran, who came to HVAF in need of housing in January 2011 received a turkey. He is also the Newton House Manager. “I’m thankful for warm housing and a great case manager,” says Darrel. “I’ll spend the holidays with a great group of vets.” 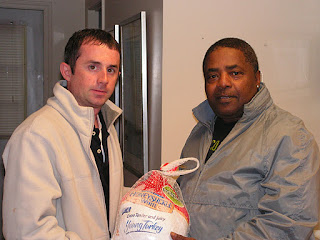 Richard B., a Marine Corps veteran, has been living in HVAF’s Lyter House since August 2011 after completing the Salvation Army Adult Rehabilitation Center (ARC) program.

“I’m thankful for HVAF’s housing and a second chance. They really helped me out,” says Richard.

HVAF of Indiana, Inc. provides free transitional housing to more than 200 homeless veterans for up to two years while the veteran works to become self-sufficient.