Veteran reaches out to HVAF for job services 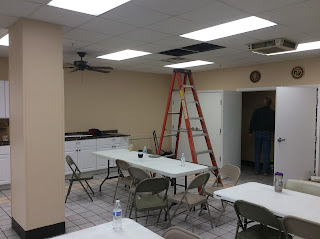 On May 13, twenty-five volunteers and eight businesses joined together to renovate the kitchen at HVAF’s headquarters that is used by veterans daily. This was the first major renovation project for the kitchen since HVAF acquired the building in 2008. The group painted walls and doors, cleaned, hung ceiling tiles and fans, and organized the space.

HVAF volunteer Miranda Morris an eight-year-veteran of the US. Army Reserves, first learned of HVAF in 2012 while volunteering for an event on IUPUI’s campus with the Veterans of IUPUI. She suggested to a family member who works at Keller Williams Realty the idea of taking on the kitchen renovation project because it aligned with the company’s annual Red Day projects. The project planning process began in February 2014.

“After attending several events within HVAF’s dining facility, there was a visible need for maintenance to enhance the efficiency,” says Miranda.  “The dining facility is the heart of HVAF. Residents break bread together, enjoy the company of others, and attend impactful programs. Those who volunteer to serve our veterans also spend a great deal of time within the heart of HVAF, providing dinners and programs for the veterans. The dining facility is also the welcoming space to the families of HVAF vets.”

“We were very excited to support HVAF,” Julie Downey of Keller Williams Realty. “The mission of KW Carmel Cares as well as The Realtor Foundation is to do what we can to end homelessness in Indianapolis and surrounding areas, and support empowering the homeless to get back on their feet and into the community. HVAF is directly in line with that. When presented with the opportunity to support, we were excited to be able to do so.”

Keller Williams reached out to Matt Troyer from Emergent Investments to see if they were willing to donate their time and skills toward this project as well, which they were happy to do. Emergent helped create the supply list necessary and then on Wednesday before Red Day they trimmed and hung new closet doors, and installed base and wall cabinets.

“Our job is not finished there, and we look forward to assisting in any way we can in the future.”

With all the help from those who donated funds, materials, and their time, HVAF has a brand new space for residents, their families, employees, and volunteers to enjoy.

Keller-Williams Realty Carmel Indiana
Keller-Williams Carmel Cares – money to do the work
Emergent Investments – did all the work on Wednesday installing cabinets
The Legion 360 for $1500 towards supplies for work (given to them by another Indiana Legion)
The Keller-Williams Red Day Team who was there on Thursday doing the work
Sue Fusek donated the hardware for the cabinets from their hardware store that is downtown. Fusek’s True Value Hardware.
Waterstone Mortgage donated the box lunches for the volunteers and residents.
Mike Lyons and Bob Sargent did the running to pick up materials
Mike Seigel donated a can rack which was arranged by Cindy Cherf. 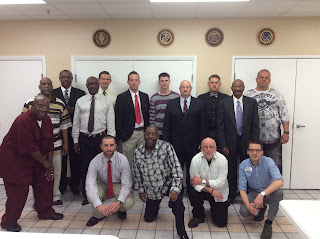 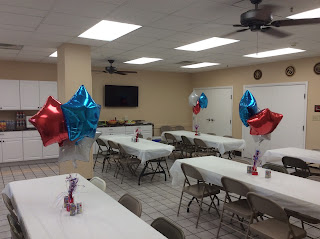 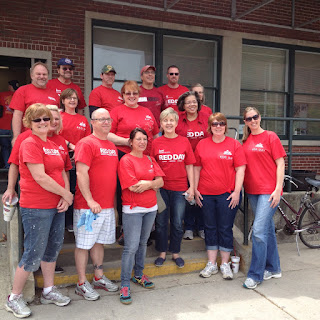