Veteran reaches out to HVAF for job services

HVAF job fair helps veteran get foot in the door 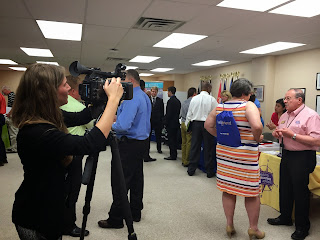 On May 7, a job fair at HVAF connected veterans, service members, military spouses with employers who are actively hiring. Twenty employers were on hand, including Lowe’s, UPS, and Eskenazi Health. One hundred and three veterans attended the fair in which 6 veterans were hired on the spot and many others left with interviews scheduled.
“In this day and age, most job applications are submitted online,” says HVAF Employment Specialist Chasiti Herring. “The job fair helped veteran job seekers connect and network with employers on a face-to-face basis, which enabled them to create a great first impression and secure interviews. The Employment department truly appreciates all of the employers that partner with HVAF to actively recruit veterans.” 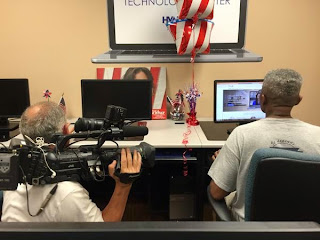 U.S. Army veteran Rick W. says the fair allowed him to get his foot in the door and to learn about opportunities he may otherwise not know about. At his lowest point, Rick was living out of his van; he lugged around a sleeping bag and had only one change of clothes and he did not know where his next meal would come from.

In 2013, Rick turned to HVAF of Indiana for housing and now that he has a roof over his head he is able to focus on finding a job. HVAF has also assisted Rick with resume preparation.
The next job fair for veterans is scheduled to take place in the Fall.
Share