Message from the CEO: My week at the NCHV Annual Conference 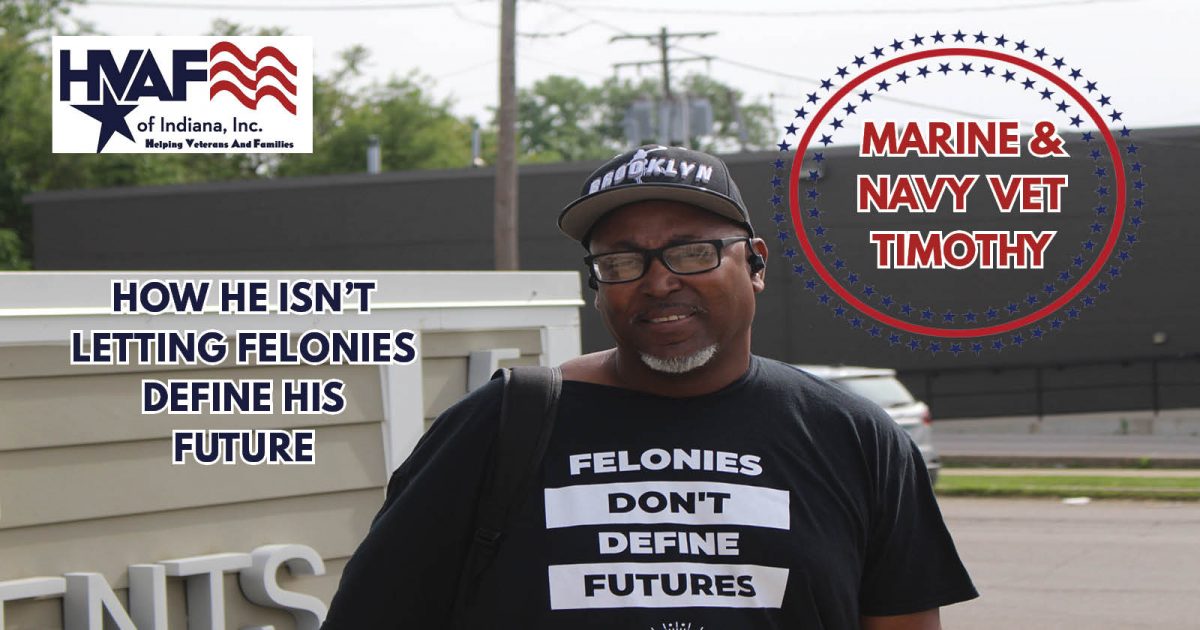 “Life was hard when I first got out of the military, because I had to go to the Persian Gulf. I had to see and do some things that were not really conducive to my well-being. It was pretty difficult. Being a young man, I couldn’t put my pride to the side to get the proper help that I needed. So it was rough.”

After serving in the Marine Corps and Navy, Timothy found himself in and out of prison from 1993-2022. His last time in prison, from 2016-2022, he joined the Putnamville Correctional Facility’s American Legion post. There, they told him about HVAF – and he made plans with case managers to come to live at one of the organization’s transitional houses.

In January 2022, the prison dropped him off at Warman Houses. In May, he moved into his own apartment and now works full time.

He gives thanks to his case manager, Jaulane, and his employment specialist, Lisa. He really appreciated all of the connections Lisa made for him.

“Lisa is special. I would call her with different little issues,” Timothy said. “She knows how to network. I’ve never dealt with anyone like her.”

Lisa said Timothy had great communication and they were able to build a relationship that was full of respect for one another.

Timothy now lives at Lincoln Apartments – a place that houses 75 of Indianapolis’ formerly homeless veterans. He also works as an independent contractor for DCS through the L.A.S.E.R. Project – which stands for Literacy, Arts, Skills, Empowerment, and Recreation. The L.A.S.E.R. Project is a youth and family service organization that supports individuals in and around Indianapolis.

Timothy mentors troubled youth in Indianapolis. He knows the decisions he made earlier in life lead to almost 30 years in and out of prison, and he hopes these kids can learn from him, so they do not go down the same road.

“I try to pay back the blessings that God has shown me through working with these kids,” Timothy said. “I teach them about what I’ve been through, what I’ve seen, what I’ve done. And I think it motivates them. In a perfect world, you could save them all. But right now, I’m just hoping for one or two a week. If I can do that, I’m happy.”

“I know 100% for a fact that it is hands down and organization that really, really supports the veterans,” Timothy said. “There is no way you could reach out to HVAF and say you didn’t get he help you needed. There is a team in place to help you from A-Z.”

We can’t allow veterans to change their futures for the better without your support!