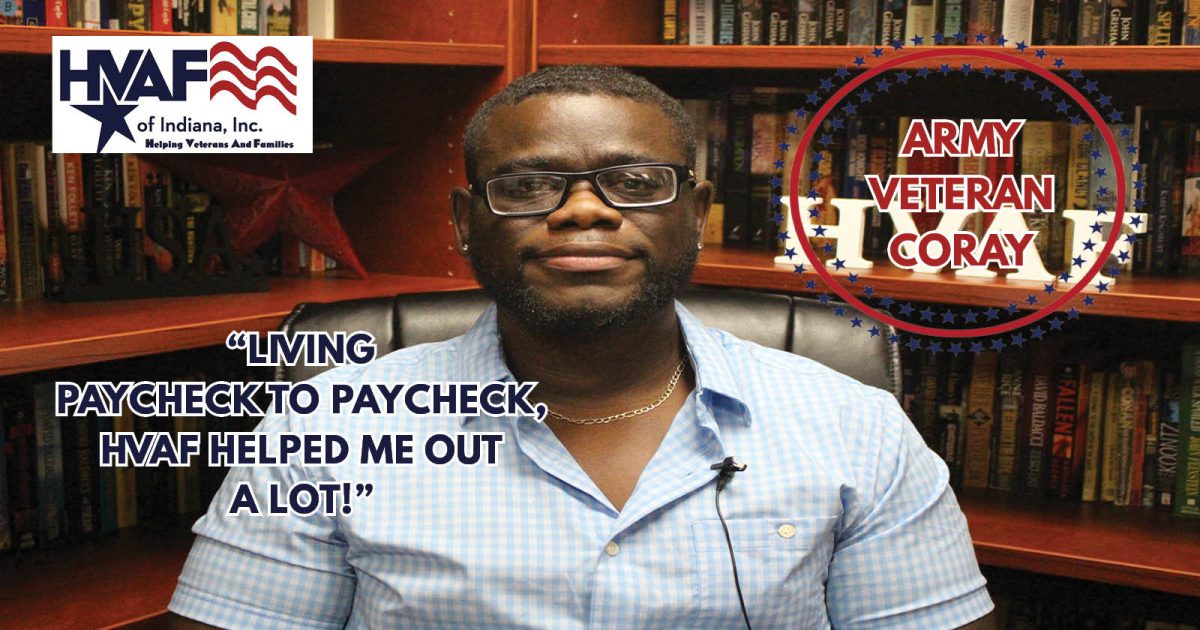 After serving in the Army for three years, Coray decided to take advantage of the G.I. Bill and attend aviation school.

Coray earned his Associate’s Degree at American Trans Air Aviation Training Academy, and has worked as an airplane mechanic at AAR Aircraft Services in Indianapolis for 24 years. 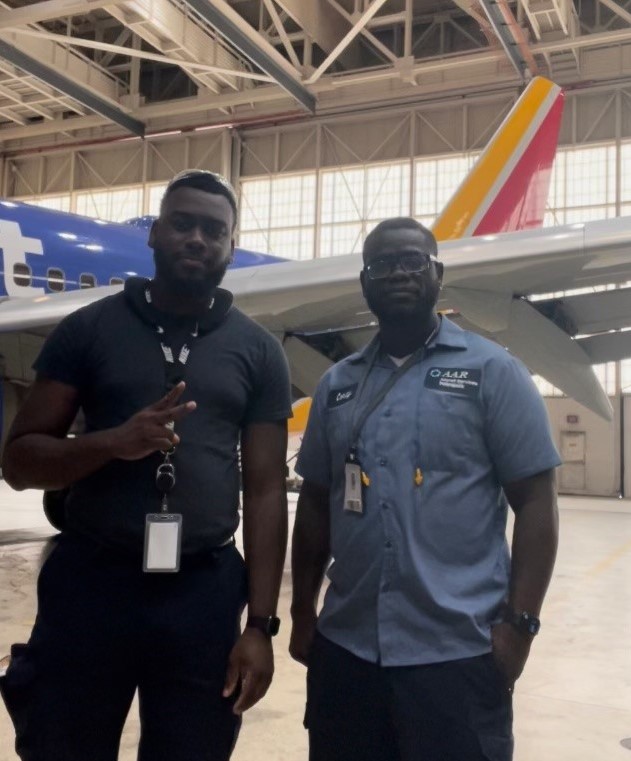 Coray and his son, also named Coray, work together at AAR.

“I was a supervisor before COVID. So I didn’t have to use my tools so much. My son also works there, so he was using my tools,” Coray said. “After COVID, there were a lot of layoffs and a lot of downsizing. So I became a mechanic again and my son and I were both using my tools.”

Coray told one of his co-workers he wanted to get his own new tools, and his co-worker told him how HVAF helped him get new tools last year. Thanks to the Bob Woodruff Foundation, HVAF’s Employment Team has a grant that allows them to provide new tools, uniforms, and education veterans need for their careers.

“He got in touch with us and then we proceeded to help him get the tools he needed, making sure he has everything to be able to work in that position,” Lisa, Coray’s Employment Specialist, said.

Thanks to this incredible grant Coray received a new toolbox, sockets, wrenches, drill, and other essential tools he needed. New tools are necessary but can be very expensive, so he is glad HVAF could cover these costs for him.

“Living paycheck to paycheck, it really helped me out a lot,” Coray said. “And you didn’t just help me, you helped my son.”

“A lot of them don’t have abilities to be able to upskill their skills to find better employment,” Lisa said. “Whether they are working or looking to upskill – to be able to give them that is so rewarding.”

Coray said he is happy where he is in his career right now. He hopes to be the best lead mechanic he can be.

He also encourages his fellow veterans to humble themselves and ask for help, like he did. Although he felt nervous to ask, he said the Employment Team never shamed him – and is so appreciative how they went above and beyond for him.

“When it’s time for me to donate, I’m definitely going to donate and help because someone helped me,” Coray said. “I definitely want to give back. I think that’s awesome knowing that someone thought of a veteran.”