After leaving the Air Force in 1981, James M., 53, was doing pretty well. “I was living a pretty successful life. If there was unemployment, I was able to navigate that. Unfortunately, I became addicted to drugs. It started out as recreational and seemed fun, but when I recognized it as a problem, I couldn’t get out.” Life spiraled downward for James, and he soon was homeless and was alienated from his family. 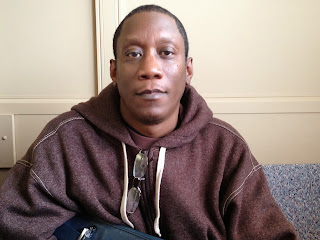 James came to HVAF and completed the REST Program in 2006. “At the REST program, I had to deal with the wreckage of my past. There were a lot of consequences in reconnecting with my family. It was a journey.” After working for the Salvation Army, James applied for a Peer Mentor position at HVAF, and was hired in March of 2012. James now takes pride in helping other veterans through some of the same situations he faced. “I like being able to use my own experiences and struggles to help other veterans who are coming through the program. It made me feel, like just maybe, I was meant to go through all that I went through.”

James credits Matt Greenlee with the U.S. Department of Veterans Affairs and Fred Young with HVAF for his success.
Share