Finally, Lane is treated like a veteran - thanks to HVAF & Veterans Affairs | HVAF

Message from the COO: May is Mental Health Awareness Month

Finally, Lane is treated like a veteran – thanks to HVAF & Veterans Affairs 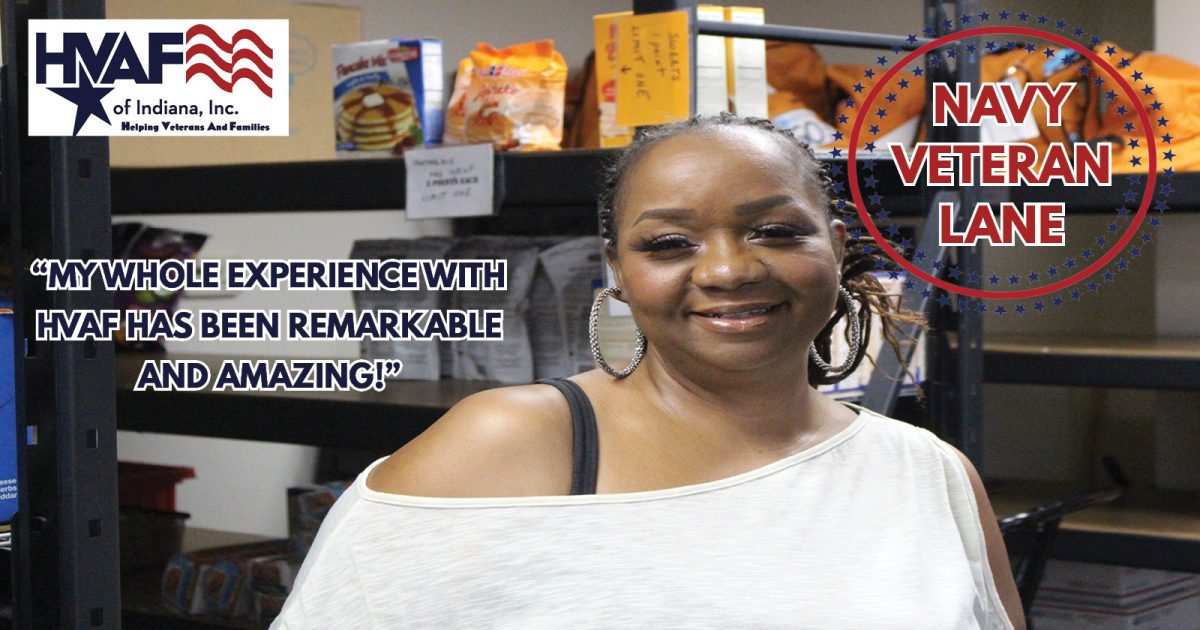 Although having served in the Navy for 18 months, Lannette (Lane) never felt like a veteran.

“I’m from Birmingham, Alabama. I went to the VA Hospital to try to apply for whatever benefits,” Lane explained. “They explained to me that I don’t have benefits or anything. So I never felt like a veteran the whole time I was in Alabama.”

It wasn’t until 2015 when Lane truly felt like a veteran. She had moved to Indianapolis for a job opportunity but lost her apartment. Even though she didn’t have luck in the past, she decided to try Indiana’s Veterans Affairs.

She said the man she spoke to at Veterans Affairs listened to her and helped her in any way he could. One way he helped included pointing her to HVAF.

“I just started crying and I told him that I never before I was treated like a veteran,” Lane said. “My family asks when am I coming back and I say never! Between HVAF and Veteran Affairs here in Indiana – I’ve never been treated as well.”

When she lived at HVAF, she received other services such as food and clothing from the pantry and information on job leads from the employment team. She loved when case managers offered up extra tickets to local games and other social opportunities. One time, she needed a walker because of knee pain, and HVAF provided that for her as well.

Now, she is very happy living in her apartment with her adopted dog, a shih tzu she named Zsa Zsa Gabor – thanks to the program Pets Healing Vets.

“My life has changed drastically and that has a lot to do with HVAF … and me, I give myself some credit for the progress that I’ve made myself.”