HVAF helps vet move into her own home 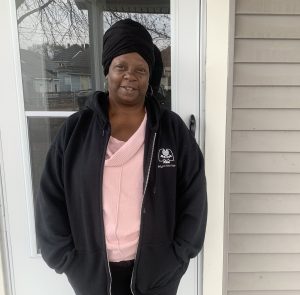 Air Force veteran, Barbara McPherson Robinson along with her family, recently moved into her forever home in one of HVAF’s new Permanent Supportive Housing units.

After repurposing eight of HVAF’s housing properties, The Indianapolis Housing Agency awarded the organization with vouchers in order to make the properties permanent homes for veterans and their families.

“It wasn’t until my back was up against a wall that I went… HVAF was one of the first places I went to,” Barbara said, “I’m really grateful for how they went to bat and worked for me.”

Barbara received one of the vouchers from the IHA and eventually moved into one of HVAF’s recently renovated units.